The history of the Company’s botanical garden 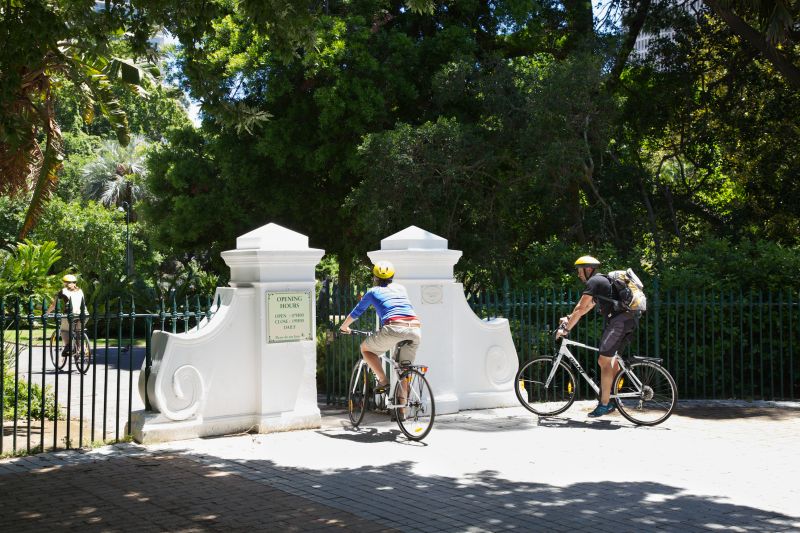 On the AWOL City Cycle tours our guides share the city’s heritage and culture. In between the beautiful historical buildings and vibrant the vibrant Cape Town communities are the tranquil Company Gardens. This is a heritage gateway to the past and in the spirit of heritage month we reflect on 2 of the oldest artifacts in the city; namely the Company’s botanical gardens and the Presidents house.

Cycling from the bustling V&A Waterfront into the City and entering the Company Gardens between pathways of brightly coloured flowers and tall strong trees (with some dating all the way back to the 16th century), this is where the past and the present meet. Somehow it’s like time ceases to exist in this place. 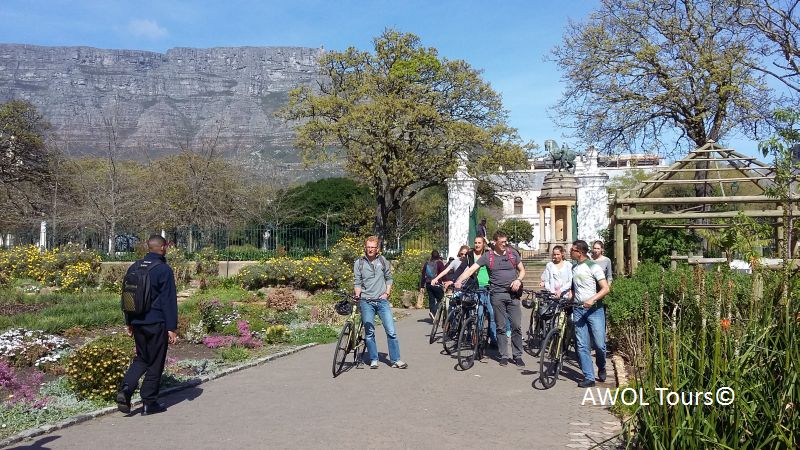 The Company’s Garden’s origins can be traced back to the 1500s; the spice trade between Western Europe and Asia was booming.  The company’s garden served as a fresh water stop for the ship sailors in between their journey. Fruit and vegetables were later planted to sustain these sailors before they headed off across the Indian Ocean. It was only in the year 1652 that Jan van Riebeek embarked on a journey to settle in the Cape and cultivate the development of this Garden. Jan Van Riebeek turned this garden into a botanical garden and since then it continues to be open and free for all.

Situated along the left hand side of the Gardens’s entrance pathway is the office of the presidency. Also known as the ‘Tuynhuis’ this building is occupied by high ranking politicians. The unique design of this building is influenced by both the Dutch and Dutch East Indies style of the 18th century. It was initially used as a store room for garden tools and after many renovations it became a summer residence with William Andrian Van der Stel being the first governor to occupy it.  Sadly this building is not open for the viewing by the public. 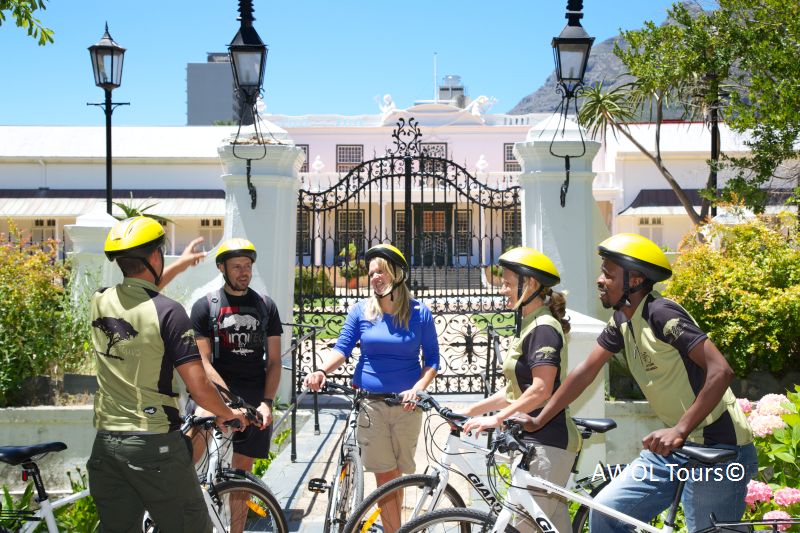 The AWOL Cape Town City Cycle Tour is only 15km in distance- an easy 3 hours  and suitable for all ages and fitness;  join us in exploring the diverse culture, and history of Cape Town. The Tour departs from the V&A Waterfront and a few of the highlights are;  Nobel peace square, The Company’s Gardens, Bo kaap, parliament, Cape Town stadium and the Green point Eco Park and so much more in-between.