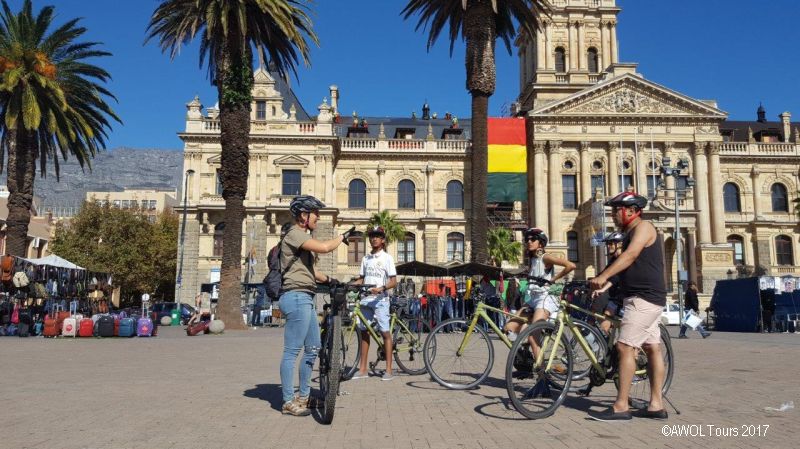 On an AWOL City cycle tour of Cape Town, our experienced tour guides unfold the sequence of unfortunate events led to the founding of the Mother City.

1. The closure of overland trade routes by the Turks
By 1453, the lucrative Spice trade florished; but when Constantinople fell into Turkish hands, overland trade routes to the East were closed…
This unfortunate event led to the rise of Portugal’s prominence as a leading maritime power. In 1488 Bartolomeu Dias set out to find a alternate route around the tip of Africa. Dias and his crew spotted land from the temperest sea at last, the southern tip of Africa, only to fight yet another violent storm which kept pushing them away from the shore. When land was finally sighted again, it was to the west, meaning that they had rounded the Cape without realising it. Unfortuantely for Dias, his crew refused to sail any further, they wanted to go home. It was on their return voyage that the Portuguese first set foot on the shores of the ‘Cabo Tormentoso’, the ‘Cape of Storms’. In 1497 Vasco da Gama was sent by King Manoel to complete the voyage to India with the help of Dias’ experiences. Da Gama reached the East in May 1498 and with those who followed, the Spice Route was established. The ‘Cape of Storms’ became the ‘Cape of Good Hope’.

2. The closure of Lisbon harbour to Dutch vessels
Then Portugal fell under Spanish domination because the House of Avis, the ruling Portuguese royal family’s male line ended, and King Philip II of Spain was crowned Portugal’s new king. In 1581, the king closed Lisbon’s harbour to Dutch vessels… unknowingly empowering them by forcing the Dutch to sail their own ships to the East. In 1602 a bunch of small trading companies amalgamated to form the Dutch East India Company (VOC), who gained control of the East by the beginning of the 17th century. 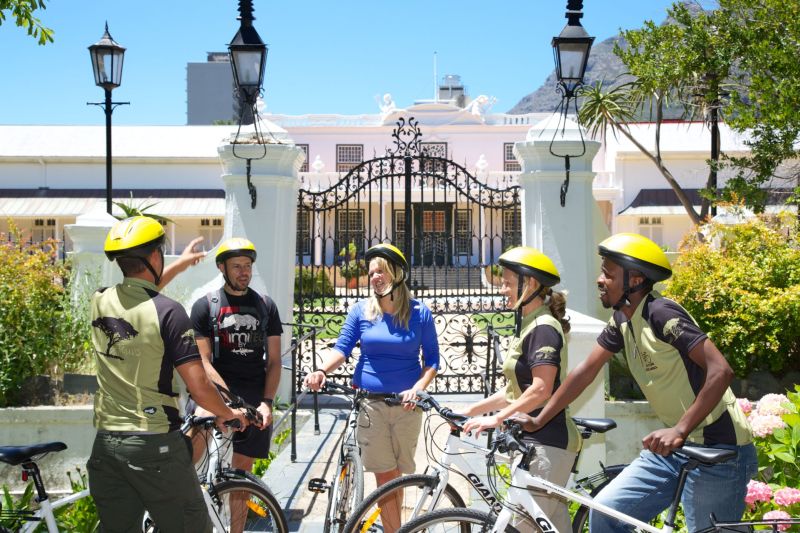 3. The shipwrecked ‘Nieeuw Haerlem’
The VOC’s ‘Nieeuw Haerlem’, laden with precious spices from the East, never made it back to Holland in 1649. A storm in Table Bay claimed it’s precious cargo, taking it and the ship down to the bottom of the rough sea…
Only the captain, who with most of his crew made it safely to shore, was picked up by a homeward bound ship. Everyone else was left behind under the leadership of Leendert Janszen. Janzen wasn’t going to wait around, he chose to rather explore his new temporary home, recording all his valuable findings and observations in a diary. This diary was the positive report submitted to the Company, which the decision to establish a Dutch provision Post at the Cape was based on. The rescue ship’s surgeon and merchant, Jan van Riebeek, who has travelled to many places before was chosen to lead this pioneering task. Van Riebeek, with his wife, Marie de la Queillerie and their young son, set sail on Christmas eve in 1652 in their ship ‘The Dromedaris, accompanied by the ‘De Goede Hoop’, Reijger and Olifant. The Voyage lasted 104 days. Van Riebeek’s first tasks included builing a fort and planting a fruit and vegetable garden, thereby laying the foundations of what was called ‘the fairest Cape in the whole circumference of the earth’ by Sir Francis Darke. 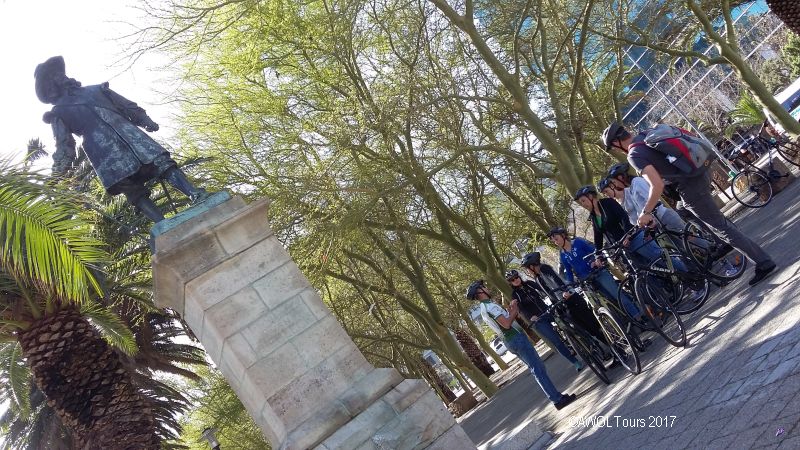 Hear and see the story unfold to Cape Town’s present time on an AWOL city cycle – the best way to start your vacation in the Mother City!