On a perfect day in the city, sun shining and wind not howling, I got the opportunity to be a tourist in my hometown for the day on the very popular AWOL Tours City Cycle Tour. 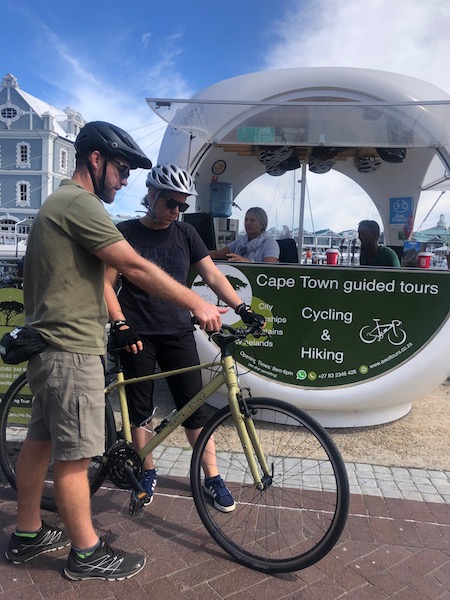 We set off with Jeremy, one of AWOL’s experienced guides and all round nice guy, as well as four Scottish visitors. David, one of the Scotts, told me that he does a cycle tour on the first day in every city he visits, to give you a great oversight and to get your bearings on where you are. He is so right – even for someone who has lived in Cape Town for nearly all my life, I experienced it from such a different perspective on a bike tour. 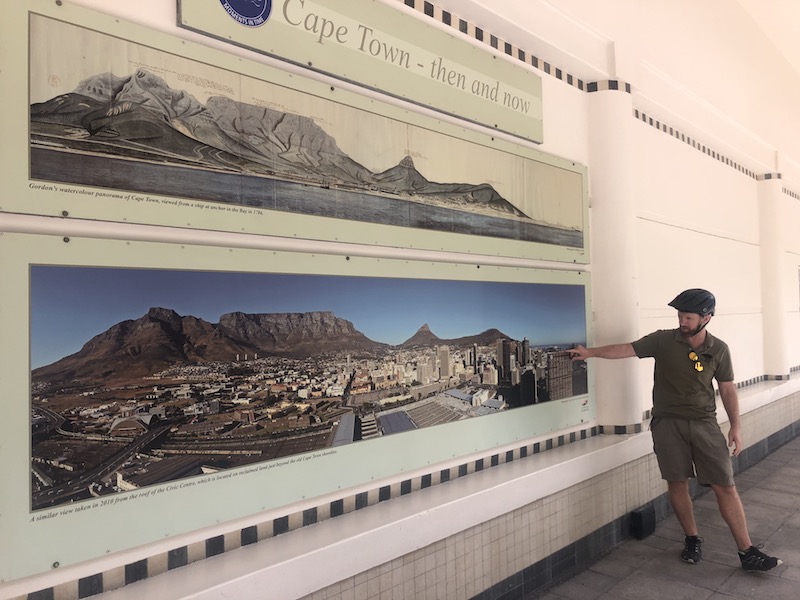 You feel safer on a bike than walking, but still very much part of the street life. We cycled through a toyi-toying EFF march on their way to parliament – an experience you would never engage in from the comfort of a vehicle. Have you even been to South Africa if you haven’t experienced a protest march? 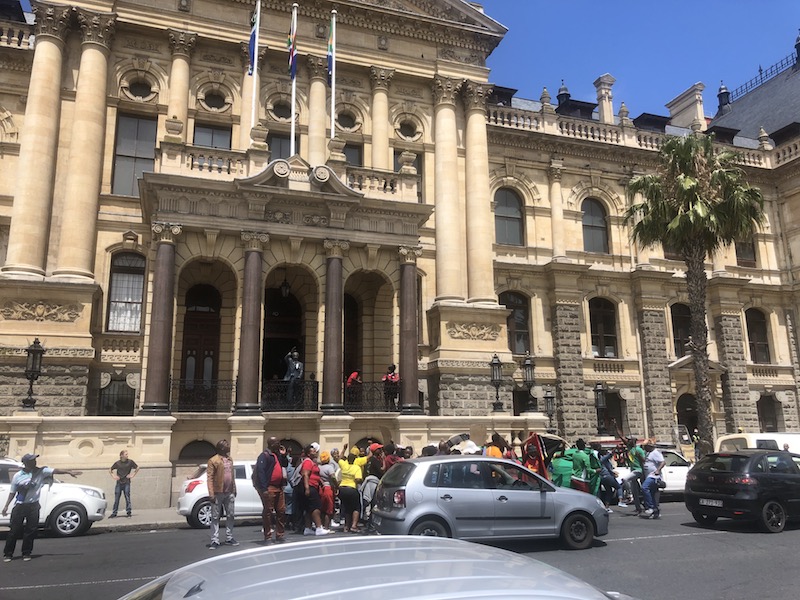 We saw the beautiful sculpture of Nelson Mandela that I have somehow not visited in the year and a half since it was placed on the balcony of City Hall – in the exact spot where he made his first public appearance after his release from Robben Island. All South Africans remember the Grand Parade with hundreds of thousands of people listening to his first speech – we were all so happy, proud and full of hope. It is a poignant reminder to cycle past it. 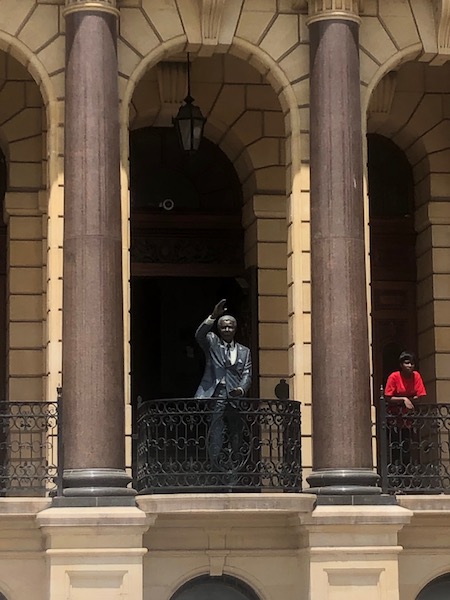 It was also a stark reminder of our history visiting the racially segregated benches outside the High Court. It was only just more than twenty years ago that ‘whites’ and ‘non-whites’ where not allowed to sit in the same place. 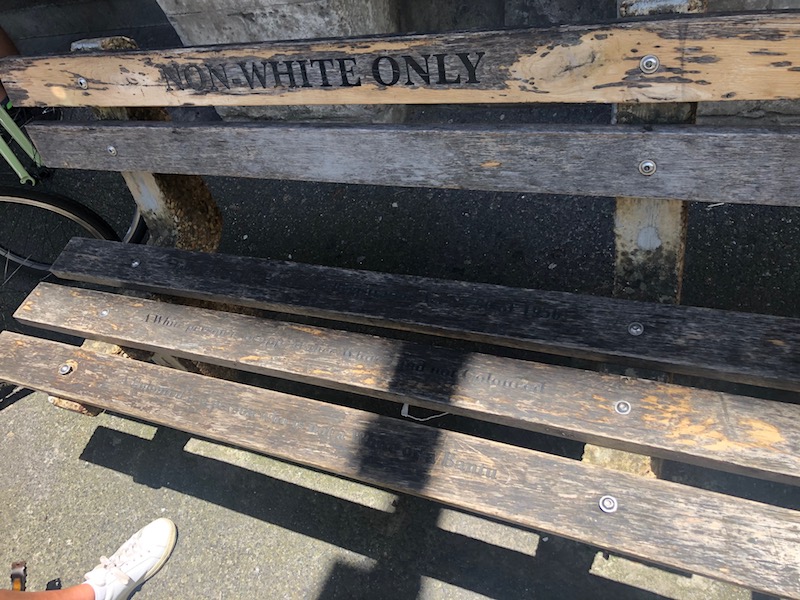 Green Market Square is a popular spot on the tourist map as it is rich with history: this is where the ships used to load up on fresh fruit and vegetables. Now it is packed with traders from the greater African diaspora trying to make a living from their stalls. More recently the Methodist Church there has become home to hundreds of displaced refugees – it is a humbling and heart wrenching experience to be on the pavements where these people are literally living their lives – trying to look after children and keep themselves clean and fed. 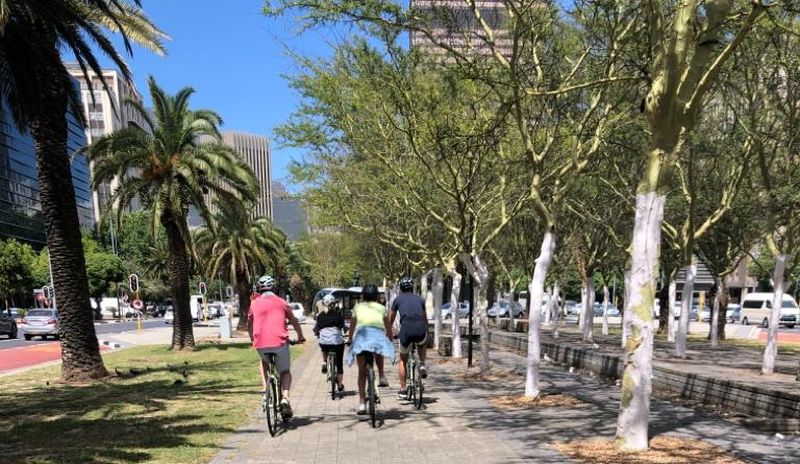 We also had fun pointing out the spots that Harry and Megan had visited on their recent trip to South Africa. The vivid purple corridor in the Bo Kaap that Cape Townians crowded round to catch a glimpse of the royals, was the same one that Jeremy jogged up to get us a selection of delicious Cape malay snacks. Just in the nick of time as we were starting to get peckish after the uphill ride into the Bo Kaap. (Only a few hundred metres – but still, any excuse for the carbs!) 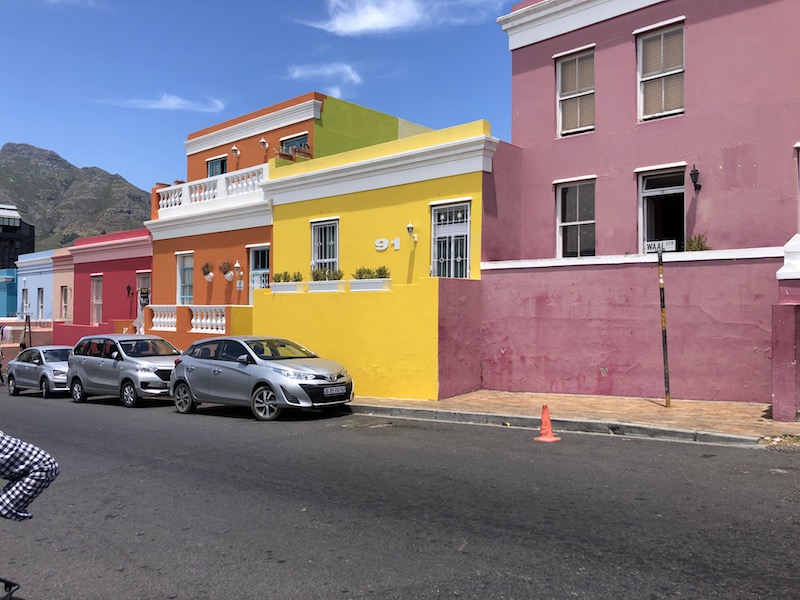 The next stop was downhill all the way to the Green Point stadium, a stop on the Sea Point promenade and then an easy cycle back to the AWOL office near the clock tower at the V&A Waterfront. The whole tour is about 13kms, an easy ride for any level of fitness. The funny thing about being active is that you actually feel more energized than you would in a car. I would have got lazy in a vehicle, but on your bike you are actively engaged with your surroundings, the streets and the people, and it makes for so much more of a rewarding experience. 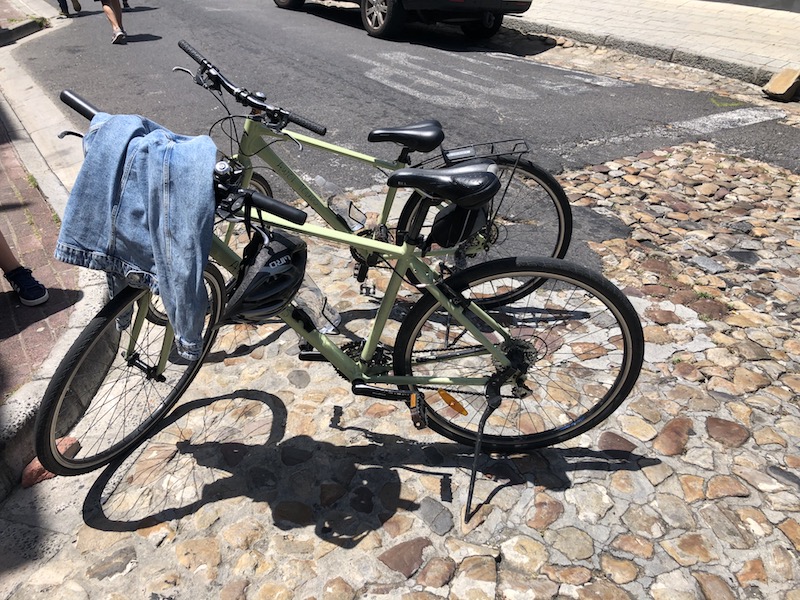 We can all benefit from remembering the features of our beautiful city that make us an international tourist destination and the reminder of how lucky we are to live here! Table Mountain next! 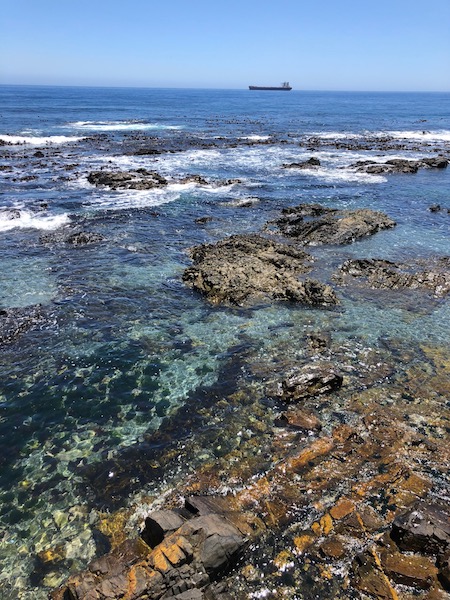 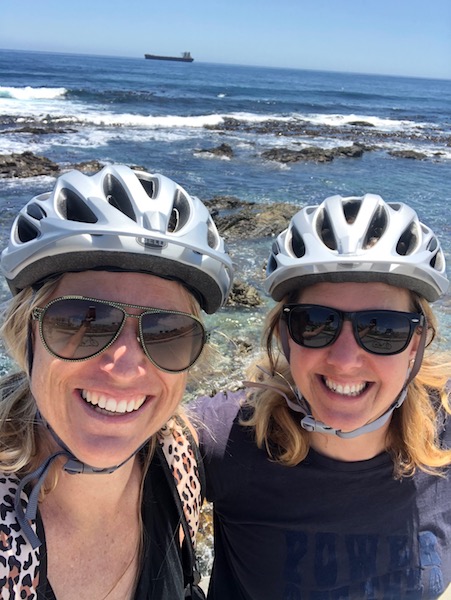