Why is Table Mountain flat on top? 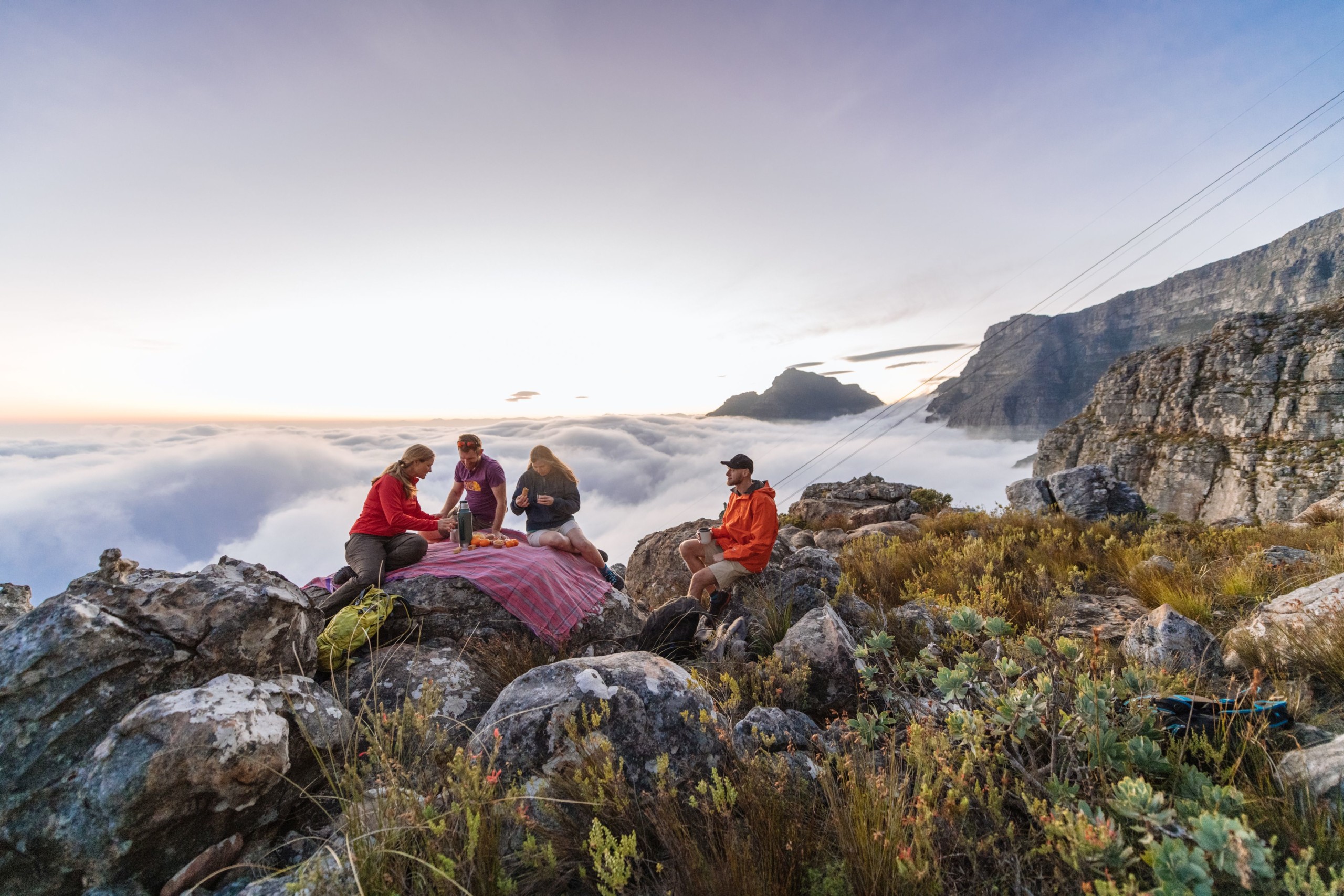 Sandstone is a relatively soft rock but it was given strength by magma rising from the earth’s core. When magma reaches the surface it often forms a volcano, but in this case it stopped underground, cooled and formed hard granite. You can easily see granite rocks along the coast of the Cape Peninsula today. 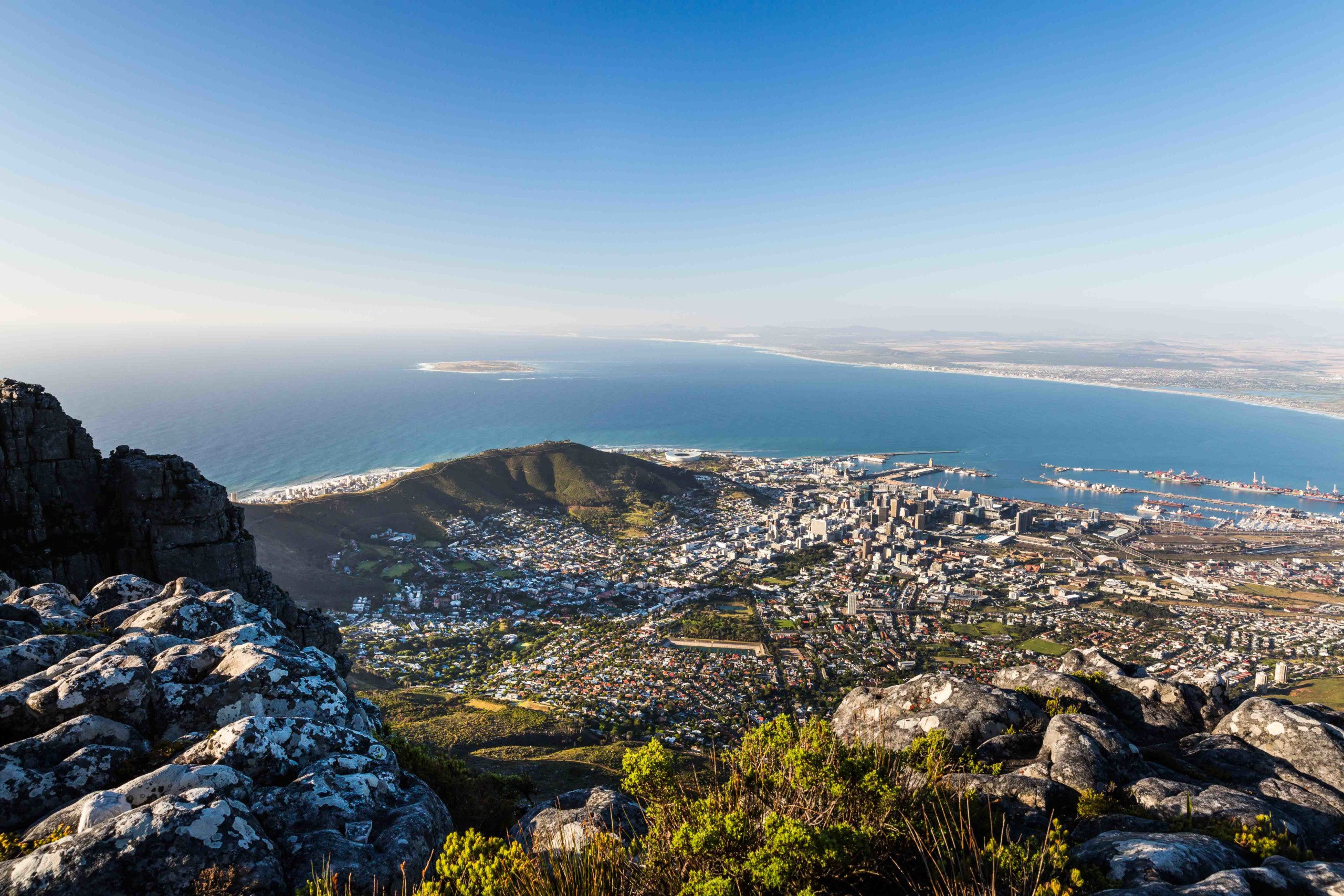 Around 300 million years ago the mountain was still at sea level during an ice age and ice sheets flattened the layers of sandstone creating the flat surface that today we call the ‘Table Top’. When the continents split apart, stresses and pressures built up in the earth’s crust. If the rocks of Table Mountain had been made only of sandstone they would have folded under the pressure, but the granite gave it strength, deflecting the forces down. Slowly this process forced the layers of rock to rise, slowly becoming the kilometre high mountain we know today.
Throughout its history, Table Mountain has been eroded by the action of wind, fire, ice and water. The flat face of the mountain is a cliff face, caused by the action of waves when the sea lapped against it. On the mountain you can find strangely shaped rocks and deep ravines caused by millions of years of erosion and even glacial scrapings.  The highest point on Table Mountain, Macclears Beacon is made up of the ‘Pakhuis’ formation made up of sandstone pebbles deposited by glacial action. 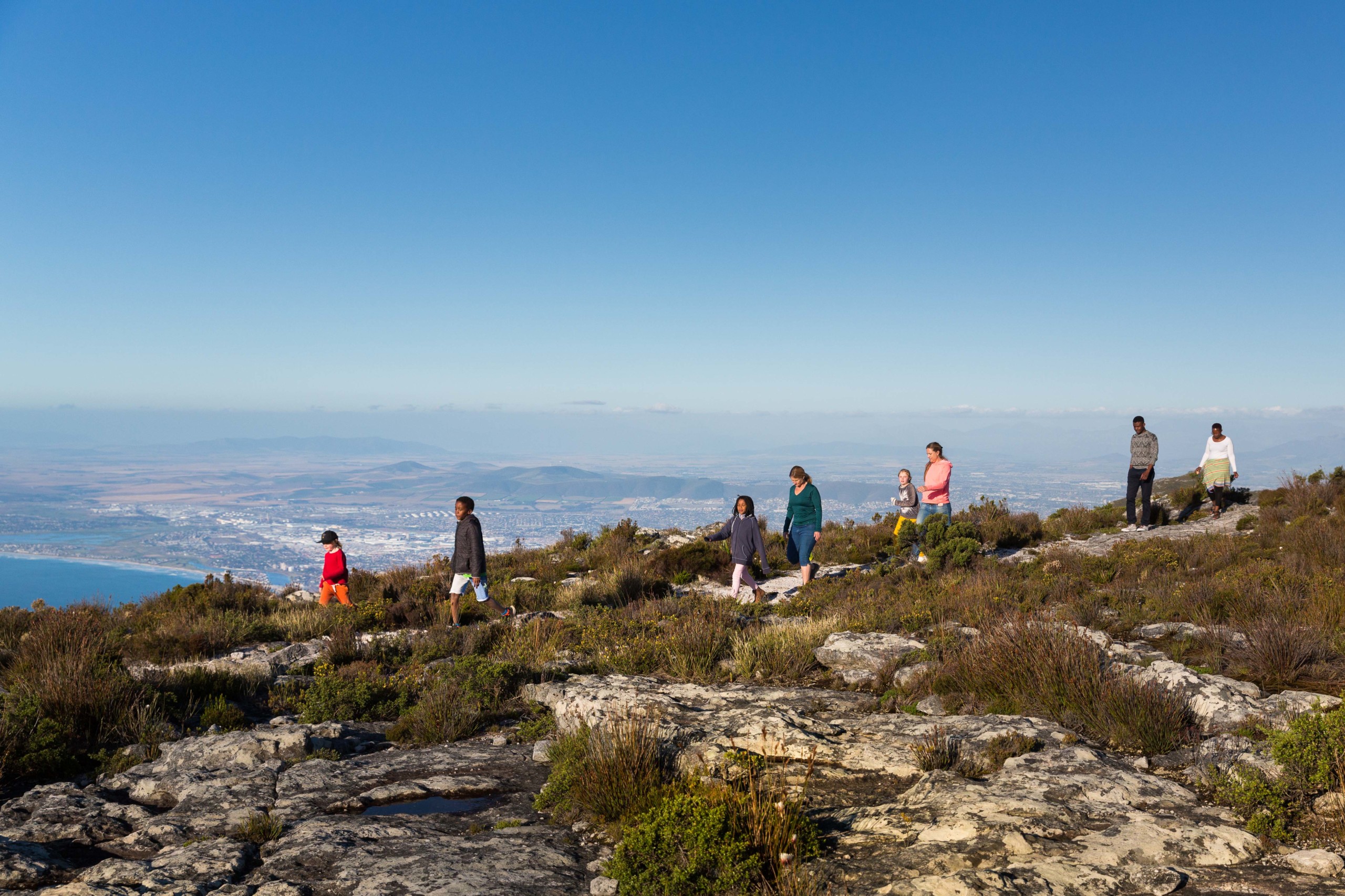 Hiking on Table Mountain is popular amongst locals and tourists, and a number of trails of varying difficulty are available. A prominent route up Table Mountain is up Skeleton Gorge via the Smuts Track. Smuts Track is named after General Jan Christiaan Smuts, who was reputed to have climbed almost every Sunday when Parliament was meeting in Cape Town. Join AWOL Tours on one of our Table Mountain hikes, and allow us to make your visit to Table Mountain a memorable one.